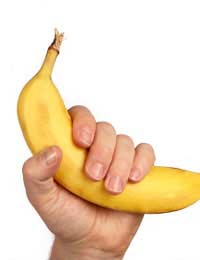 The main function of the ice breaker game is to ease a group of people into a situation that they may not have come across. Within this function an element of fun should be added and this can be obtained in a number of ways including props.

Props are a fantastic way of exciting the senses and stimulating the minds of participants. The appearance of a prop within an ice breaker game immediately takes a participants focus off the ‘awkward’ event and releases the anxiety they have been feeling. The participant becomes intrigued and interested while at ease with the groups activity or event.

A prop can create an atmosphere you require before the ice breaker has even started, which then brings your group together quickly and efficiently. Props can be a good conversation starter for groups of people who don’t know each other and therefore break down barriers instantly.

So, when you are bringing a group of individuals together or just want to stimulate the minds of your team then consider applying a prop to an ice breaker game. Ensure that the prop encourages interaction and gets the group thinking.

Here are some ice breaker games that include props:

Split the group into teams of at least 6 or 7. Participants lie down in a straight-line, head to toe. Once everyone is in position a banana is given to the first person in line. That person must then, using their feet, pass the banana over their head to the next person in line, to their feet. The banana is passed through to the last person, all the while just using their feet. Once the person at the end of the line has received the banana the person must peel the banana, eat it and then run to the finish line. This is an extremely fun game that brings everyone together and produces plenty of laughter. This game is most effective outside or in a gym with mats.

Set out two boundaries either side of the playing area. Then, split the group into two teams. Give each team a flag – one team a red flag the other a blue flag. Explain that one member of the team must, loosely, tie the flag around their arm so that it is 50% visible to the other team and so it is easy to obtain. Once the game starts each team must try and grab the flag from the opposing team and bring it back to their boundary. However, if the opposing team tags a team member, while trying to steal the flag they will be sent to the opposing boundary for 2 minutes. The object of the game is to steal the opposing flag and get it back to your boundary. This is a fun game that requires a degree of fitness but can be enjoyed by anyone. This ice breaker game should be played outside and the organiser should make sure safety precautions are taken, as this is a relatively physical game.

There are many more ice breaker games that work really well with suitable equipment and props. These are just a couple of examples that should help create ideas on how to incorporate fun props into simple ice breaker games.